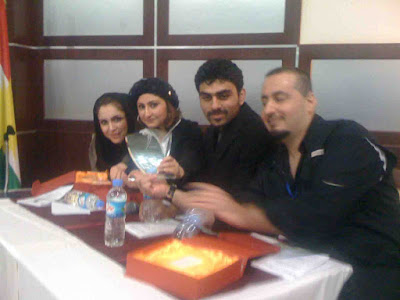 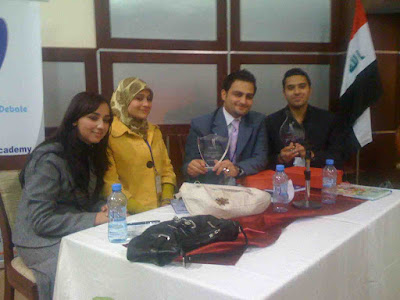 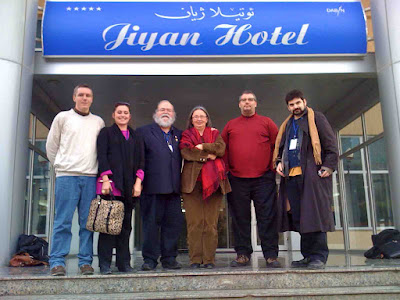 The World Debate Institute at the University of Vermont has been proud to partner with Za In Proti national debate program of Slovenia and Iraq Debate to make this wonderful program possible.

We did not have dinner with the governor of Duhok last night as it was rescheduled for tonight. Apparently a major political figure passed away, someone who had been a judge and a member of parliament and who had been an activist who had been imprisoned by the previous regime for fifteen years. I also learned that the dancing that was to accompany the dinner would not be appropriate but that it would happen this evening.

Each day it seems as if people arrive more and more on time. I am not sure that is whether they know we will be on time or whether they are more motivated, but it is a good development. We had the posting of the practice debate at 9:00 AM and the debate started at 9:30 and it all went off without a hitch. The debate this morning was about the abolition of the death penalty in Iraq and I saw a most interesting debate. I would say that 95% of speech time was filled and that the students were quite engaged. The arguments seemed to cover the usual gamut, but also had quite an Iraqi flair to them. Should Saddam have been left to live so that he could encourage ex-Baathists to stop their violence or should be have bee executed as a lesson to future dictators? If a murderer is not executed but incarcerated would the family of the victim take revenge on a family member of the perpetrator? I really enjoyed it and they seemed most attentive to my comments after the debate.

We immediately moved to round one of the Mesopotamia Debate Tournament. Each team was supposed to have turned in their new configurations for the tournament, and we had hopes that some would not debate so that we might be able to avoid flighting the rounds, which the schedule would not allow. It turned out, however, that only a few teams dropped. So, we had to drop from three preliminary debates to two so that each of 18 teams of four we had could debate twice, and that would be fair to all. However, when the pairings were posted two teams indicated they were not there but should be, and that was because they had not indicated that they would debate in the tournament. One simply did not understand the announcement about it, and the other tam had been reminded by me before the practice debate but simply forgot to turn in their intention form. It was too bad, but there was nothing I could do. Then, it became clear that two teams had turned in TWO intention forms with different team names, so we were able to put all teams who wanted to debate into the tournament.

The first tournament round took place before lunch but without a critique. We had our usual lunch and then the teams returned to their rooms to near a long critique and then also spend some time with the faculty talking about the motions for the next day.

We went back to the hotel for a short rest and then at 6:30 PM we were met by Muhammad and others to go to the guesthouse of the governor of the Duhok Province. His Excellency Governor Ramadhan. It was a large and modern building overlooking the lake created by the Duhok Dam. As we entered we were greeted by our good friend Mamoud who had helped us so much during the entire event. He was wonderfully dressed in a traditional Kurdish outfit and most of the men wanted one because it seemed so comfortable as well as being smart. We entered and were served drinks and appetizers, which were excellent. Others were also gathering, but it was clear that this event was mostly for us. The appetizers seemed huge and delicious and many of us thought that this was the meal. Then there was lamb and chicken on skewers and that was excellent. Then a huge display of plates of delicious food was set up. Wow.

We carried on some excellent discussions with the Governor, Mr. Ramadhan, who was very curious about the progress of the project. He then asked us for ideas of how we should move forward. We proposed to him a Middle East Debate Academy that had student training but also teacher training as an important component. As a very safe region Kurdistan would be an excellent location. He said that his government would be very interested in seeing such a proposal within two days and that he would formally endorse it so that we could begin seeking funding and support from other groups to go long with his substantial support.

It was a very exciting evening.

The next day was the lone and a busy one. We had three debates, with one of them being the grand final. Students arrived on time and obviously had spent a lot of time preparing for the motions. The debates were serious and showed the real progress that the students have been making.

During lunch I tallied the results and announced the two finalists – University of Kurdistan Hawler and American University International Sulemaneya. The finals was held in a beautiful chamber in the Social Center of the University of Duhok. The debate was judges by Matt Stannard of Wyoming, Megan Harlow of Bard College & the European Graduate School, along with Jonathan Borock of the NYC Debate Society. Jason Jarvis of Georgia State University was the chair. The motion was:

THIS HOUSE BELIEVES THAT DEVELOPED COUNTRIES SHOULD NOT ACCEPT THE MIGRATION OF SKILLED PROFESSIONALS FROM DEVELOPING NATIONS. AUI proposed and Kurdistan opposed.

The Top Eight Speakers were:

Each student who completed the program received a signed certificate of accomplishment along with a CD full of resource materials and instructional videos.

There was a surprise speech by the Deputy Governor of the Duhok province who announced publicly that there will me a Middle East Debate Academy held in Kurdistan. We were very surprised since the idea had just been floated the night before, and we took it as a sign of the strong support of the provincial government for what we have done.

There were countless photos, address exchanges, farewells and even a few tears.

And then it was over.

One thing is very clear, debate is here, the people of Iraq are ready for debate as an alternative to violence, and hopefully this will make a positive difference.

I know that I have learned a huge amount, that I have been honored and humbled by these students and the organizers and that I will certainly never be the same.