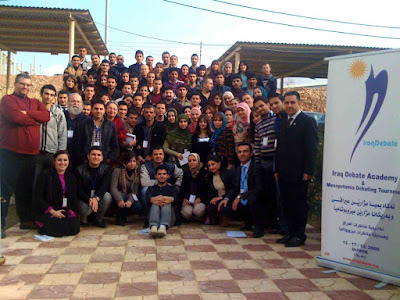 With any debate program that is primarily for new debaters and people debating for the first time, there is some attrition. People discover that they will actually have to give speeches and that they will have to debate each other on a variety of subjects, some of them about which they hold strong opinions. I am not sure why they think they will not have to speak at a debate workshop, but there are always a few that are surprised. This is one of the reasons why I think day two of any such program is very important. Because I want to see what will happen.

Posted by Alfred Charles Snider at 11:59 AM